It was made of concrete – lots of it. It was the New Plymouth Coastal Walkway and it soon became clear that this gift, more than 20 years in the making, would change the community forever.

The seeds for the coastal walkway were sown in 1977, in the mind of young social worker and noted surf lifesaver, David Lean.

Lean loved the ocean and knew that, as long as New Plymouth continued to pump its sewerage into the Tasman Sea, the District would continue to turn its back on its greatest asset. Determined to bring about change, Lean set his sights on local body politics.

After winning a seat on New Plymouth District Council - and having amassed an equally forward-thinking band of supporters - Lean began to make waves. In 1980, aged just 32, he was elected the country’s youngest Mayor.

Years of bitter wrangling ended in triumph for Lean and his team. By 1984, the $18.2 million New Plymouth Waste Water Treatment Plant in Bell Block was operational. Finally, Taranaki could begin embracing its long coastline and a young man’s dream of a coastal walkway trailing New Plymouth’s raw and exhilarating beaches moved towards reality.

Planning began in 1997, with design and construction of the 2.4 metre-wide pathway being an Isthmus Group collaboration. 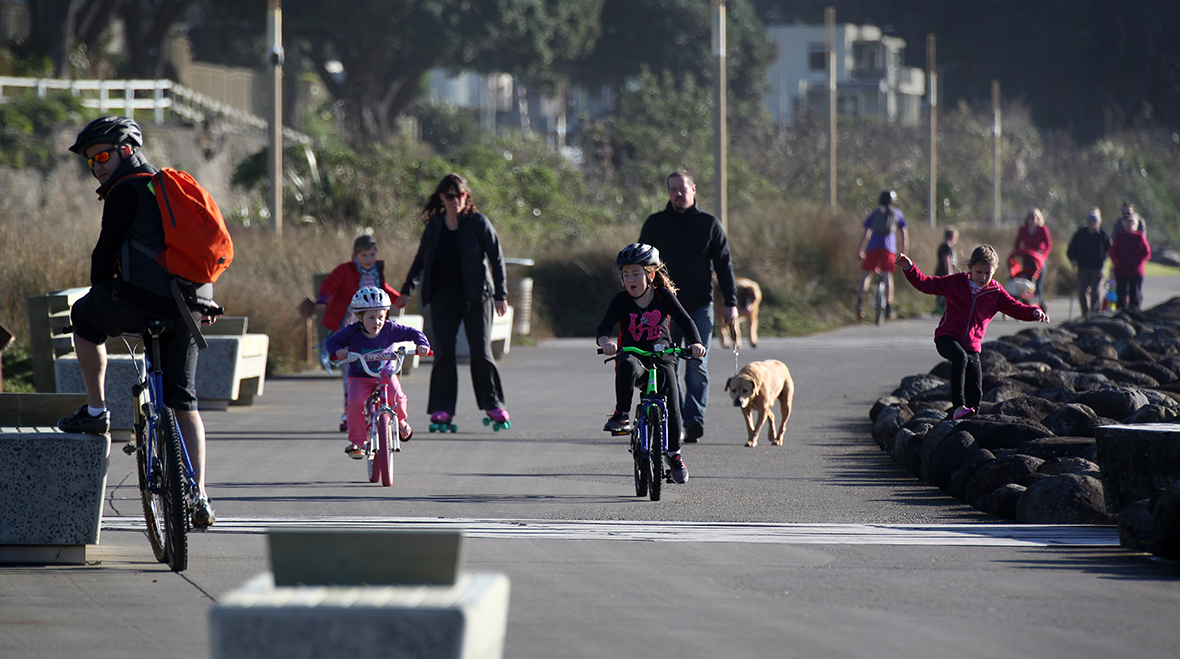 With their experience of coastal processes and hazard assessment - including climate change effects, coastal management and design of coastal and marine structures – the T+T team carved their way through a multitude of challenges, ensuring that this would be a coastal walkway like no other.

The promenade was designed without an edge, providing an intimate connection with the sea. Careful location of the path and a curved seawall - punctuated by finger piers reaching out into the Tasman - afforded protection from the waves.

The cost of the first stage was some $9 million. By most people’s reckoning, it was the best money the New Plymouth District Council had ever spent. Encouraged by the positive reaction - and cash injections from NZTA (formerly Land Transport NZ) and the Whitaker Family Trust - the Council ploughed ahead with extensions. In 2008, three more kilometres of walkway were added, extending it north to Bell Block.

In 2014, an extra 1.6km stretch took it from the Taranaki Velodrome to Bell Block Beach and through to Tiromoana Crescent, including a new bridge across Mangatī Stream, making a total length of 12.7km.

For all of their experience, not even Richard Reinen-Hamill, Grant Pearce and Grant Loney could have suspected that they would help to create a social phenomenon.

Reinen-Hamill – a regular visitor to the area long before planning began – had identified New Plymouth as a “city without a focus”. But as soon as the walkway opened, a new sense of community began to flourish.

For the people of New Plymouth and wider Taranaki, the walkway rapidly became far more than panoramic views, waves lapping at one’s feet, life-enhancing exercise opportunities and the invigorating drench of salt spray. 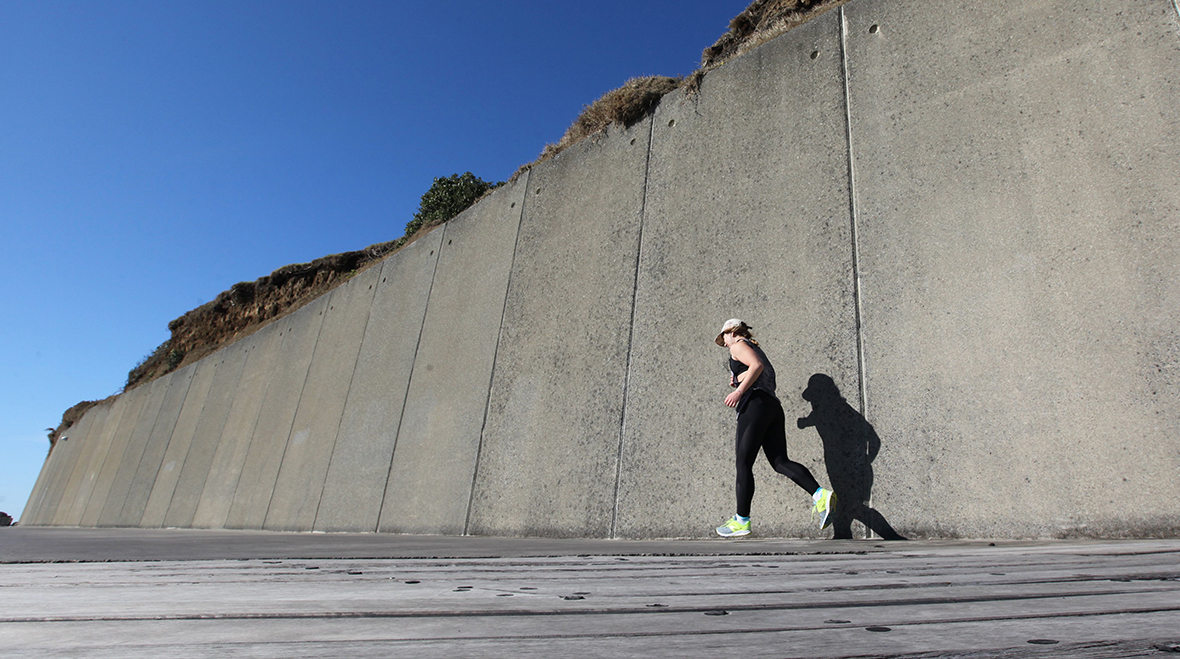 Locals began greeting each other; new friendships were forged, old ones revitalised. Put the same people on the city’s main street and few would have given anyone else a second glance. But as they cycled, skated, jogged and walked, everyone greeted everyone else without hesitation. In Grant Loney’s words, the walkway became “a conduit for communication”. Meanwhile, small businesses sprung up, flourishing in an environment of new-found opportunity. 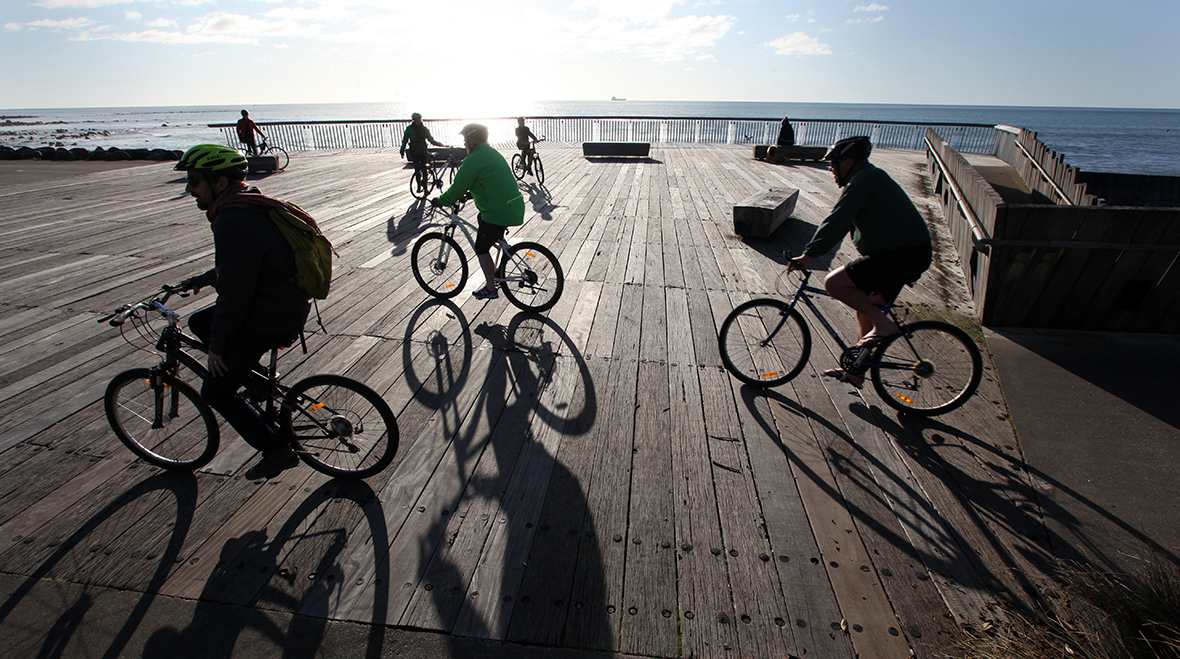 The single most talked-about feature of the New Plymouth coastline was the late Len Lye’s kinetic sculpture Wind Wand, all 48 metres of it. Hugely controversial, it was a millennium project costing $300,000. Today it is embraced as an iconic feature of the walkway.

In June 2010, the striking 83-metre Te Rewa Rewa Bridge opened to further national and international acclaim. Reminiscent of a breaking wave or a whale skeleton, it was designed and built by a consortium led by local company Whitaker Civil Engineering.

The coastal walkway continues to attract tens of thousands of locals and visitors alike, while serving as an outdoor art gallery featuring increasing numbers of eye-catching sculptures. Every second year in January it also becomes the venue for the Te Kupenga International Stone Sculpture Symposium. It is the gift that keeps on giving.