The Kaikōura earthquake recovery is complete

On 14 November 2016, a complex sequence of approximately 21 fault ruptures with a combined magnitude of 7.8 Mw rocked Hurunui-Kaikōura.

A massive shoreline shelf was thrust upwards, while parts of the South Island were shunted more than 5m closer to the North Island and other parts raised by up to 8m. State Highway One (SH1) and the Main North Line (MNL) running to the north and south of Kaikōura were blocked by slips, as was the inland Kaikōura road. Massive changes to the seashore and seabed rendered the town’s port commercially inoperable.

With road and rail links severed, Kaikōura District and its approximately 3,700 people, was only accessible by air and sea. Following the devastating Hurunui-Kaikōura earthquake, Tonkin + Taylor (T+T) has been part of the North Canterbury Transport Infrastructure Recovery Alliance (NCTIR) working to reinstate road and rail networks, while “building back better”.

It's been four years since the NCTIR project commenced and final elements of the project are now drawing to a close.

T+T Technical Director - Planning Daniel Murray was one of the first to arrive on the scene and looking back, Daniel admits he felt out of his comfort zone at first, “It was a bit overwhelming. We were just leaping into the abyss, really“. 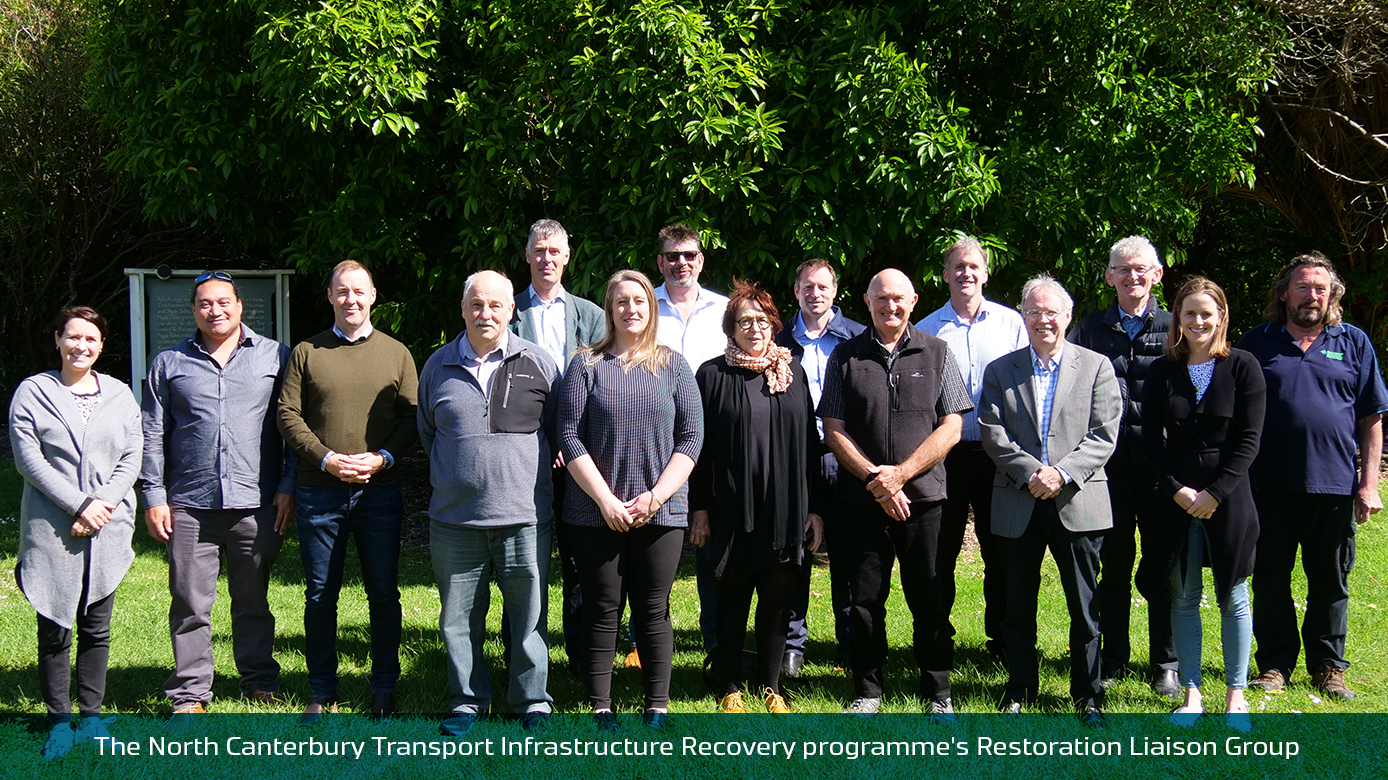 A project of this scale and with NCTIR’s unique set of challenges would test any team’s mettle and its ability to adapt and respond at pace. This was the opposite of the usual structures, frameworks and processes planners usually work within.

“Immediately following the earthquake, we made the decision to base ourselves together. At that stage we didn’t know anything about the ‘what next’ or ‘how to’ but simply offered up any help we could.”

No management structure or systems.

No scope or budget.

It took a while for Daniel and the team to find their footing, but things really began to pick up thanks to the passing of a key piece of legislation that principal planner, Manea Sweeney worked closely with Waka Kotahi and KiwiRail to help develop.

“Things started settling in when the earthquake recovery legislation come into place, and, in particular the Order in Council - the OIC. That was the framework which allowed us to start chasing consents and other authorisations. That came out just before the end of 2016, so by early 2017 we knew somewhat how to go about it.”

Soon the NCTIR alliance team began to take shape - nearly 9,000 people across 350 organisations contributing towards the project - different specialists, designers and constructors, all banding together with a common purpose in mind.

Much needed design solutions followed, providing a sense of direction on how to fix the rail and roads, and what actually needed to be authorised. These solutions paved the way for the first consent applications lodged in late-January 2017 before a rolling programme of design and lodging consents carried on for months thereafter.

Looking back at four years of NCTIR, the task of repairing this narrow coastal corridor, a vital economic connection between Picton and Christchurch, might seem gargantuan. But when approaching things of monumental proportions, breaking it down into smaller tasks with sustained focus can make it lot more manageable – easier said than done, of course.

Reopening State Highway 1 became a top priority. Round-the-clock efforts meant that access to Kaikōura via Inland Road and southern SH1 had been restored by the end of December 2016 – a month removed from the earthquake. Flooding and additional slips provided some setbacks, but in December 2017, SH1 both north and south of Kaikōura were opened for day-time travel, and finally for 24/7 access in April 2018.

The Main North Line is a key connection in KiwiRail’s network, providing a link for freight ferried over from the North Island through Picton and on to the rest of the South Island via Christchurch. Nearly 900 sites had sustained damage with the line buried under more than 90 slips and landslides. With work efforts “full steam ahead”, the line saw the first work trains back on track in June 2017, daytime freight in October 2018, and the Coastal Pacific service running that December – just over two years removed from the earthquake.

Kaikōura’s marina and harbour also sustained severe damage. The seabed below the marina had been raised by up to two metres, restricting access and impacting the local tourism industry. Repair work began a month after the earthquake in 2016, 22,000m3 of material was dredged, the harbour deepened, and further improvements approved allowing for further harbour expansion. After sustained efforts, work on Kaikōura’s marina and harbour was completed in July 2017.

Infrastructure rebuilt, communities reconnected, and a sense of normality restored.

An extraordinary amount has been achieved over those four years, and although there were challenges along the way, Daniel sees the teamwork within those challenges as a highlight:

“Not really having a ‘playbook’ was a challenge especially with things moving incredibly quickly. But I really enjoyed in that fast-paced environment. Working alongside different specialists, designers, constructors - the collaborative, quick-moving, out-of-the-box approach was challenging but also very fun.”

Working to help rebuild key infrastructure on the size and complexity of NCTIR, also helped build resilience, sharpen skill and uncover ways to do things better - key learnings Daniel mentions he’ll take with him into future projects, “The need for effective communication and collaboration is definitely something I'll take forward. Having the confidence to work at pace and make decisions quickly, even with uncertain information. Working on NCTIR’s definitely helped me in that space”.