In the early hours of 4 September 2010, the Darfield earthquake - registering 7.1 Mw – struck the Canterbury region, causing widespread damage to property and infrastructure. Fortunately, due to the early hour, no one was killed. Just six months later, on 22 February 2011, at 12.51pm, a 6.2 Mw earthquake unleashed its might on Christchurch City.

Although measuring less than the Darfield event, the fact that the tremor was centred just 10km from the City centre at a depth of only 5km made it far more deadly. Infrastructure and buildings already weakened by the Darfield event crumbled and, tragically, 181 people lost their lives. Land damage was extensive. The two earthquakes, coupled with thousands of smaller earthquakes, became known as the Canterbury Earthquake Sequence (CES). T+T’s rapid responders were on the ground within hours to help with a recovery process that continues to this day.

The Earthquake Commission (EQC), New Zealand’s largest insurer of land, engaged Tonkin + Taylor (T+T) to undertake more than 130,000 land damage assessments of residential properties in Christchurch urban areas as part of its response to the CES.

One of those areas was the Port Hills, which lie to the south-east of Christchurch and separate the city from its port and Lyttelton Harbour.

The Port Hills are the remains of the Lyttelton volcano. A popular recreational attraction, the area is also home to a number of close-knit communities. The Port Hills land damage caused by the CES was assessed as being largely confined to rock falls, retaining wall failures and ground cracks. 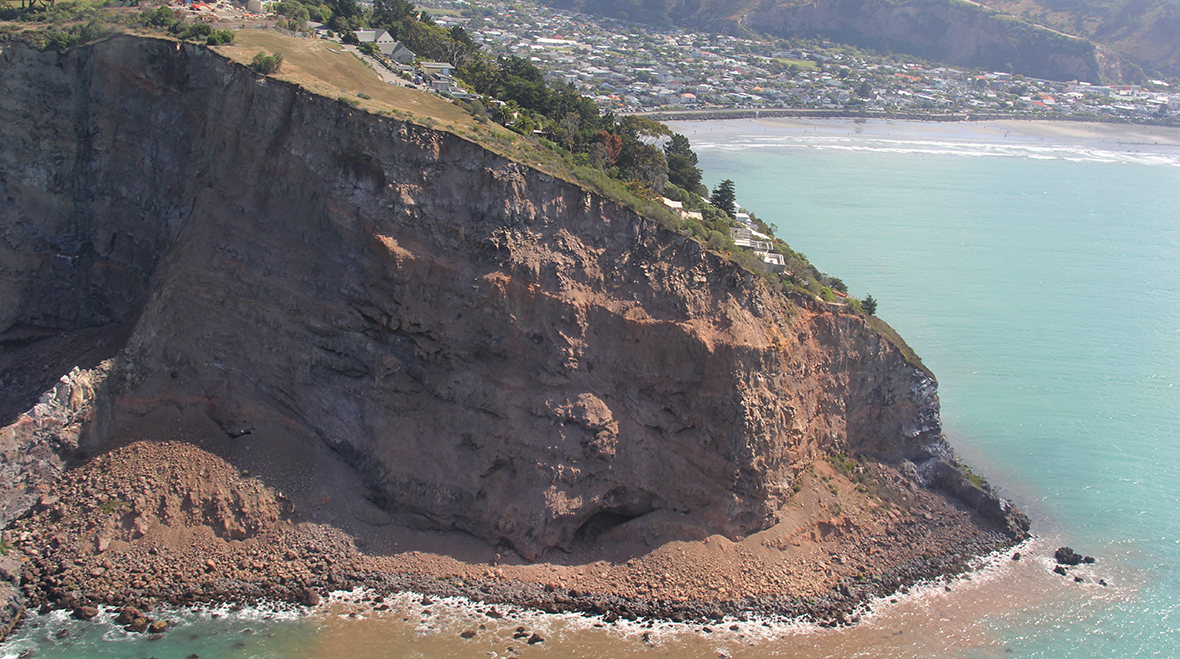 The focus of T+T’s work in the Port Hills was to assess, analyse and understand the seismic and geological mechanisms at play, inform EQC whether further, more detailed investigation was required to develop appropriate repairs of the land damage that had occurred and to determine whether that damage could constitute future risk coverable by EQC. Our work also aided EQC in making informed decisions around insurance claims and potential settlements.

The knowledge gained from T+T’s Port Hills work not only assisted EQC with the claims process, but also provided the community with improved land, building and infrastructural resilience in sloping terrain exposed to geotechnical hazards.

T+T’s practical approach to its CES work was also reflected in our continued assistance to local and central Government at the highest levels. Our input has been used to support the development of policy, proactively contribute to the management of natural hazards, and assist Canterbury - and more recently Kaikōura - with a timely recovery.