Following a number of significant landslides between 2004 and 2011, the Whakatāne District Council (WDC) commissioned Tonkin + Taylor Ltd (T+T) to undertake a Quantitative Landslide Risk Assessment study to assess the level of risk posed by future landslides from the escarpments.

Historic and recent evidence indicates that the steep escarpment slopes that form the backdrop to Whakatāne and Ōhope have been, and will continue to be, susceptible to landslides which represent a significant risk to both people and property.

The towns lie seven kilometres apart in Eastern Bay of Plenty, New Zealand. Both have experienced significant and destructive rainfall events, along with seismic activity.

The landslide inventory formed the basis of a detailed quantitative risk assessment that included the development of landslide susceptibility and hazard maps, as well as the calculation of annualised Loss of Life risk throughout the urban areas located within potential landslide impact zones.

The most damaging seismic event to affect the area in recent history was the 6.3Mw Edgecumbe Earthquake of March 1987. While nearby Edgecumbe (the epicentre) and Te Teko took the brunt of the earthquake, a number of homes and businesses in Whakatāne were also badly affected. 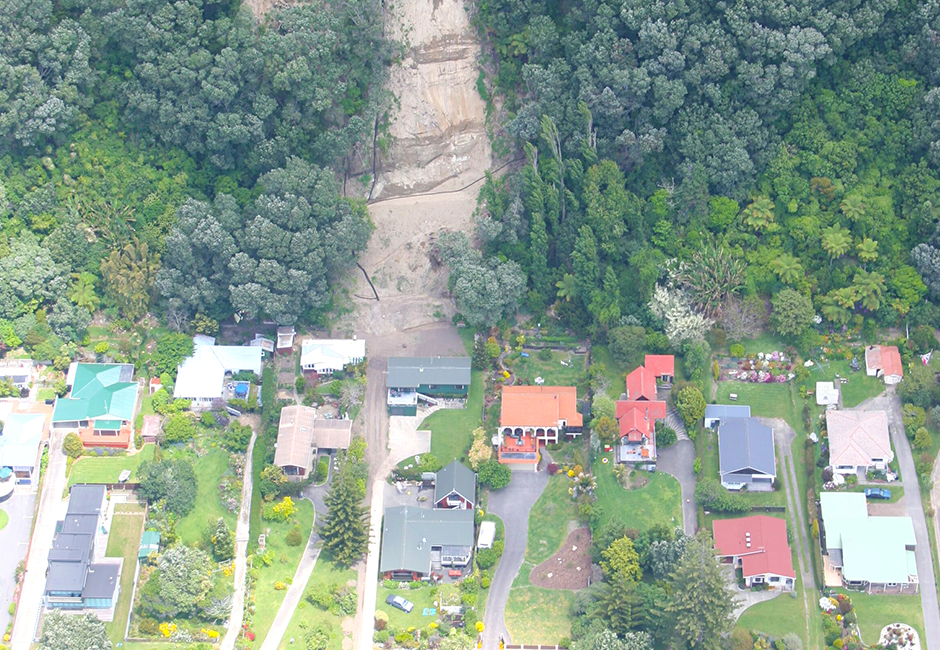 The study included a consideration of potential options for managing landslide hazards and reducing the risk they represent to lower levels, as well as a review of the current WDC policies relating to landslide hazard management.

Options for reducing the occurrence of landslides were found to be very limited, due to both the scale of the escarpments and the unpredictable and cyclic nature of the landslides.

T+T recommended a range of pragmatic solutions to mitigate the risk to people and property. Those methods included reducing landslide risk via controls on new development and building, warning systems, the construction of landslide debris barriers and, in extreme situations, the abandonment of very high risk sites.

Home owners were encouraged to adopt a number of practical strategies to reduce the risk to themselves and their properties.