After about a year of spending his days and nights hanging around on a vertical greywacke rock face high above State Highway 1, Dan Ashfield can at last sleep soundly – with a Southern Hemisphere first on his résumé. The T+T engineering geologist was a key member of the team that delivered the Kaikōura self-cleaning canopy, the final project in the North Canterbury Transport Infrastructure Rebuild (NCTIR).

The structures’ designers tell us it is one of only three of its type in the world, and Kaikōura’s canopy has been fully customised to fit its location – this is no off-the-shelf kit! The canopy is not only the first to be constructed in the Southern Hemisphere but at over 100 metres anchor to anchor, is also the world’s longest of its type. Its purpose is simple – to allow any rocks that work loose from the cliff above to bounce and slide harmlessly across its contours into the sea rather than land on the highway, endangering motorists.

An added bonus is that, as opposed to a tunnel, the canopy’s high-tensile ring mesh – supported by cables and 14 posts ranging from 8 to more than 15 metres long - lets in light and preserves the area’s commanding views of the sea.

Understanding how it came about requires a short step back into history. Following the devastating 7.8 magnitude earthquake of November 2016, landslip and rockfall sites along Kaikōura coast underwent extensive investigation and mapping for Waka Kotahi and Kiwirail, with slope hazard ratings applied area by area. The sites were initially prioritised for stabilisation works and rockfall protection structures based on the observations and data collected during this time.

“The sites designated SR 8, 9 and 10 were not too bad in the scheme of things after the earthquake, and were initially given a lower rating,” Dan explains. “NCTIR’s Geo team continued assessing the SR 8 9 10 sites and recording rockfall incidents up to December 2020. The frequency of rockfall at the sites proved to be more than the initial risk rating allowed for, and a number of relatively serious rockfalls and emergency callouts made the case for engineering action to be taken.”

In Christchurch, on behalf of Waka Kotahi NZTA, expert minds began to whir. In 2014, Swiss company Geobrugg had conducted live testing of a world-first - a self-cleaning canopy designed to deflect rocks safely away from roads in unstable alpine settings. Two had already been constructed and were proving highly effective. It was the perfect solution, so Geobrugg and NCTIR engineers teamed up to design the Kaikōura canopy.

In June 2020, construction got underway with NCTIR’s designers and Construction Phase Services (CPS) team collaborating with Geobrugg and its New Zealand representative. With completion initially planned for 15 December 2020, Dan and his NCTIR colleagues worked mostly by night to ensure the road stayed open in one lane during the day. The challenges were considerable. Each element of the canopy had to be custom made and then fitted to a specific location on the bluff at a specific angle. With the sea on one side and the bluff on the other, space to work was at an absolute premium and variable rock quality tens of metres above the State Highway would often throw a curveball at the team. The top two thirds of the bluff were covered with anchored temporary mesh just to keep the workers safe while they drilled by floodlight and headtorch on the cliff face below it. 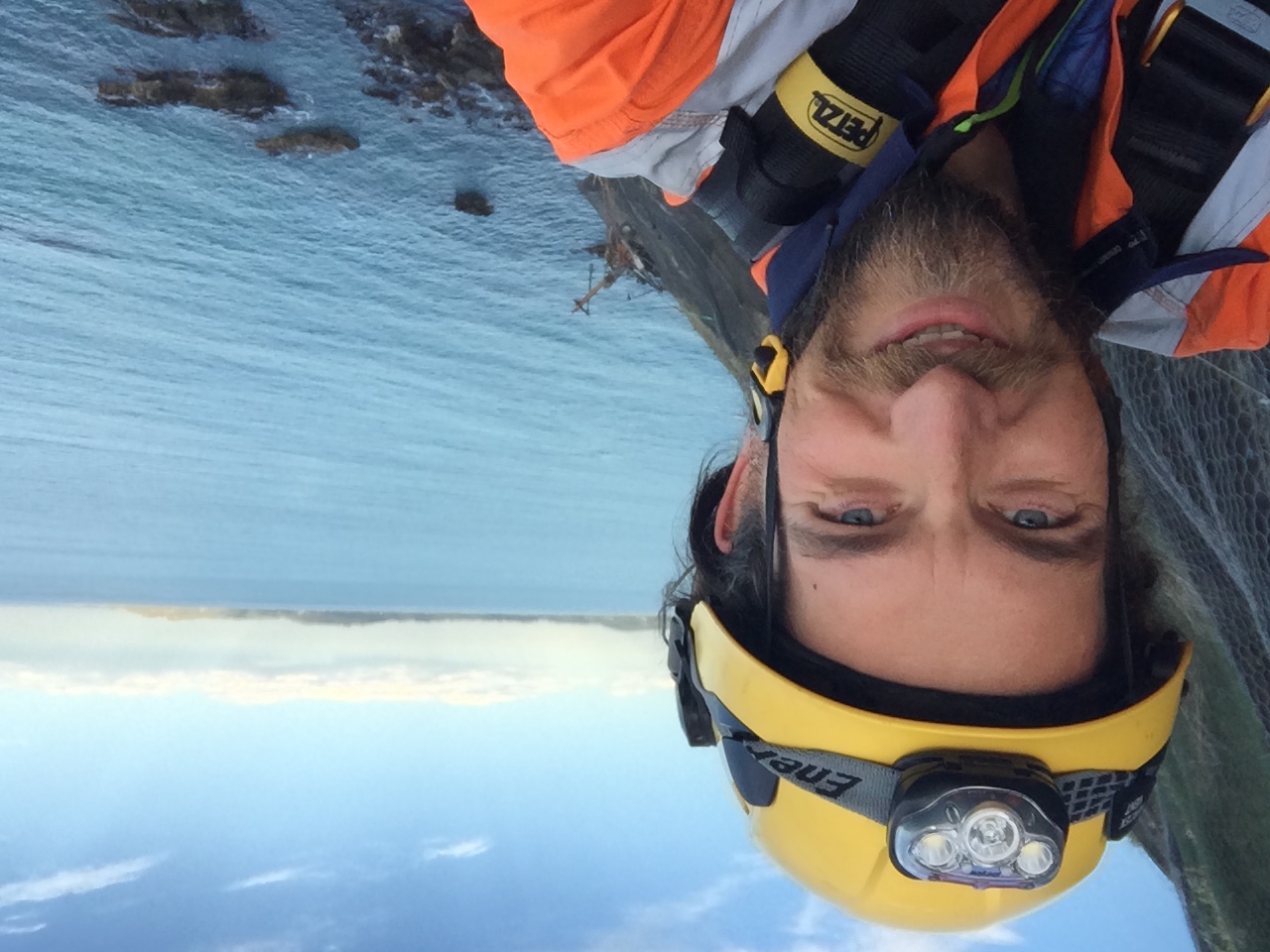 “Over its geological history, this greywacke has been subjected to compressive forces from numerous directions,” Dan says. “The sandstone rock has been folded, faults have formed and planes of weakness which run through the otherwise apparently intact rock have been created. These planes and features intersect each other within the rockmass and can create release points for blocks of rock to fall out. Its especially blocks like that we intend this canopy to convey to the sea”.

While a dedicated Traffic Management team worked 24/7 to keep the public moving safely through the site between periods of work, Dan and his design/CPS team colleagues were out with the specialist rope access contractors working all across the challenging terrain. As the only member of the design/CPS team with IRATA rope access training, Dan was “the man up in the air”.

Despite the designers’ best efforts and their unwavering eye for detail; the variable bluff, the old seawall through which the canopy is anchored into the rock below, the weather, and even the sea itself fought back making sure that no part of the construction was straightforward. Nimble thinking, testing and re-testing, and design detailing on the go became the norm to keep construction moving forward. Meanwhile, COVID added another layer of complexity as supply chain issues kicked in, causing programme delays.

After a year of gruelling and exacting work, the Kaikōura self-cleaning canopy is complete and is now a striking feature of SH 1 that will help to protect motorists from rockfall for many years to come.

“I think this project will be one of the highlights of my career,” says Dan. “But I was just one small part of the whole and I really must shout out to the teams at NCTIR and Geobrugg, the skilled contractors who worked intensively on this structure day and night, and my colleagues at CPS.

“It’s been a challenge and a triumph for all of us”.