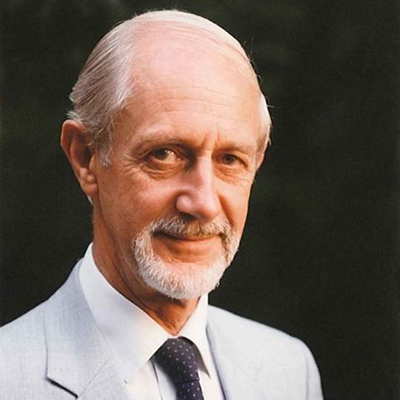 On February 26, the engineering community lost one of its gentlemen, when Tonkin + Taylor co-founder Don Taylor passed away peacefully at the age of 92.

The Wellingtonian left school to become a cadet engineer on the eve of WWII. Having completed two years at the Department of Public Works, he joined the war effort. His contribution included a 12-month tour of duty for the RNZAF in the Pacific.

After the war, Don studied for a Bachelor of Science and joined the Ministry of Works as a Construction Engineer.  In the early 1950s he packed up and headed off on his OE, incorporating a period of study at London’s prestigious Imperial College.

When he returned to NZ in 1956, Don joined what was then the largest infrastructure project team in NZ’s history. It was while working on the construction of the Auckland Harbour Bridge that he met Ralph Tonkin and a loyal and lifelong friendship began.

It took Ralph several years to persuade Don to forfeit the security of an annual salary and create a specialist geotechnical consultancy. But convince him he did and in 1961, Tonkin + Taylor opened for business.

Don became a trusted adviser to the Ministry of Works and was the lead geotechnical specialist on many of the largest infrastructure and economic development projects of the 1960s and 1970s including Think Big.

In the 1980s, Tonkin + Taylor saw opportunity for growth internationally and Don oversaw major engineering projects in Malaysia, Laos and the Middle East. The company’s records of the day include the scoping of a project for Iraq’s then leader, Mr Saddam Hussein.

Following Ralph Tonkin’s death in 1985, Don led the company on his own through until his retirement in 1988.

In an interview conducted for Tonkin + Taylor’s legacy archive, he was asked about his engineering qualifications. His reply was characteristically simple: “I was a practising engineer”.  For Don Taylor, knowledge was something to be applied. Qualifications, no matter how considerable, served little purpose as an abbreviation on a business card.

The key to a successful consultancy, he believed, lay in two things: “You need to understand your client and what they need and you have to work alongside people you can relate to”.

Terry Kayes, who replaced Don as Managing Director of Tonkin + Taylor in 1988 described him as the consummate professional, saying: “He left a legacy of the insistence of professional standards, of pride in one’s work and doing the right thing”.

Managing Director Doug Johnson paid tribute to the enduring values-based culture that Don was instrumental in creating: “Tonkin + Taylor was founded on inspiring leaders working collaboratively together.  We will honour his memory by dedicating ourselves to continuing the work he loved so much”.

He was a Docent (voluntary guide) at the Auckland City Art Gallery and became an accomplished artist during his retirement.