The Wellington landing where 40,000 gathered at dawn on 25 of April 2015 to commemorate the ANZAC centenary has won a prestigious engineering award.

The Memorial Park Alliance (MPA) was formed in 2012 to design and construct the park that included the new Arras Tunnel - a ‘cut-and-cover’ structure to under-ground a section of SH1 Buckle Street, to create Pukeahu above. MPA comprised Downer NZ, HEB Construction, Tonkin + Taylor and AECOM. 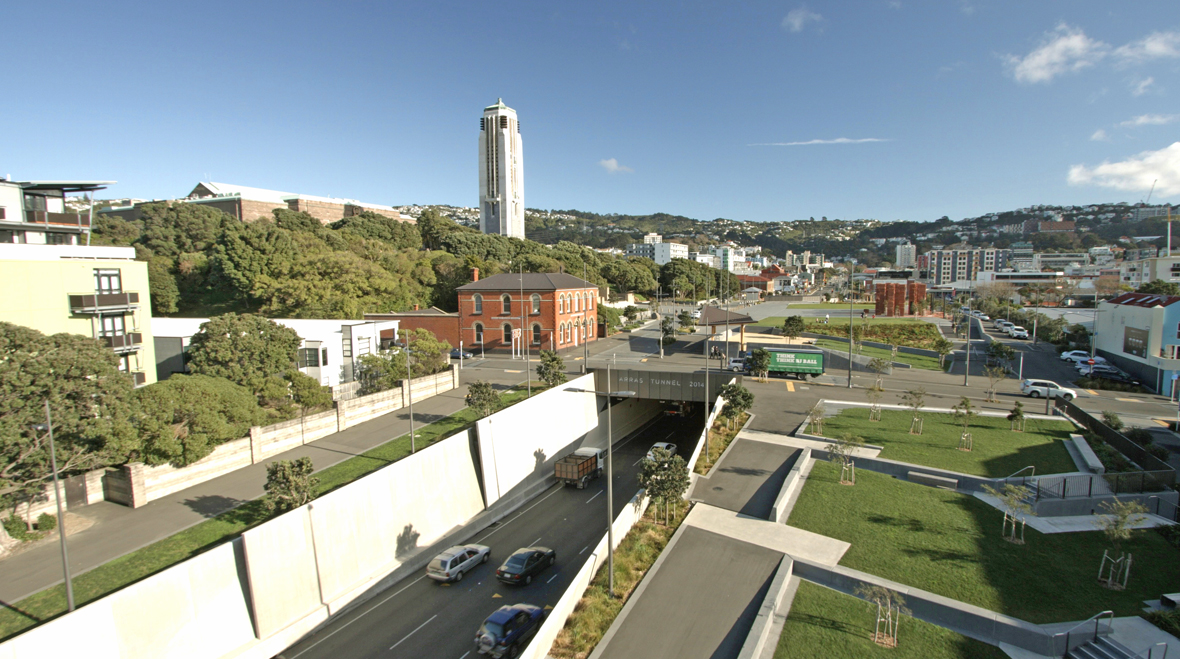 The project team faced a number of unique challenges, most notably, the project had to be finished in time for the ANZAC Centenary without State Highway One travel times being adversely affected.
Pukeahu was delivered to NZTA and the Ministry for Culture & Heritage early and under budget prompting NZTA to describe MPA as, “our most successful alliance to date. The MPA has demonstrated how successfully we can deliver in very challenging circumstances”.

T+T’s Peter Millar held a governance role on the project and says, “The MPA became an integrated team and gained a record review score by NZTA and received strong praise from key stakeholders and the public for the efforts made to minimise disruption and communicate issues”.

“It even gained the personal attention of the Governor General, Sir Jerry Mateparae, who frequently visited the site to discuss progress with the team”.

Another measure of the success and confidence developed in the Alliance was the approach by Dept of Internal Affairs for MPA to upgrade Waitangi Wharf in the Chatham Islands, the Wellington City Council for the redevelopment of infrastructure for Victoria St and NZTA for variations for the upgrade of the Mt Victoria Tunnel.

In awarding Pukeahu National War Memorial Park, Merit the ACENZ Judging Panel said, “This project was determined to be Merit worthy for the collaboration between all parties amid an extensive list of complicating factors for the project. The complexities included: heritage buildings and infrastructure, site size and site condition constraints, traffic considerations and a looming time deadline. The Memorial Park Alliance serves as one of the best examples of what a great working alliance looks like, whose collaborative attitude delivered the project ahead of schedule and under budget. Client, consultant and contractors working together to raise the profile and capabilities of professionals in the built and natural environment”.