Cresting the wave: EWS success for T+T in Fiji

Dr Bapon Fakhruddin’s dedication to creating natural hazards resilient communities across the Asia-Pacific region has been rewarded yet again – this time in Fiji. Thanks to his expertise and commitment, Tonkin + Taylor International has beaten off stiff competition to be awarded the Fiji Government contract for the design of a tsunami early warning dissemination system. 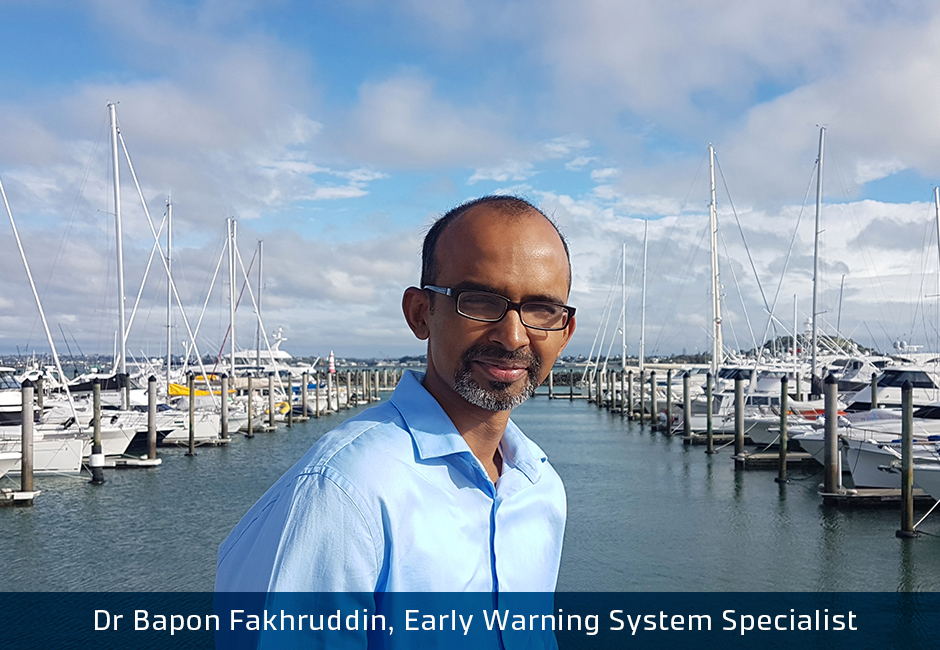 Fiji is one of the largest and most populated countries in the Pacific. It has a total of 330 islands with a combined land area of 18,333 km² and a sea zone of 1.3 million km².

The majority of its people live on the two largest islands, Viti Levu and Vanua Levu. Suva, the political and business capital of Fiji, lies at the south-eastern side of the main island, Viti Levu.

To the southwest of Fiji the Australian Plate is subducting beneath the Pacific Plate forming the Vanuatu Ridge island arc system and the North Fiji back-arc basin.

While those systems are effective when there is 72 hours advance warning of meteorological events such as heavy rainfall and strong winds, they’ve been proven to fall well short of the mark when rapid onset hazard warnings are needed, placing lives and livelihoods at risk.

For rapid onset disasters (i.e. earthquake and tsunami) monitoring and warning, they’re effectively useless, as was demonstrated on January 3 this year. At 9.52 am, a 7.2Mw local earthquake sparked a Pacific Tsunami Warning Centre alert warning Fiji to expect waves of .30m to 1m. However, due to Fijian authorities’ inability to rapidly and accurately assess the risk – together with a lack of contractual agreements with telcos - there were lengthy delays in alerting the Fijian people.

“The radio is a robust communication system, but not highly effective for rapid alert notification system and SMS/mobile will not work unless Government set up a standard agreement with mobile operators for cell broadcasting or mass SMS broadcasting,” Bapon says.

“As mobile companies control by private entity, without a strong policy and legislation on communication, it’s hard to ensure all mobile operators support disaster communications.”

That means rebuilding from the ground up: “It’s recommended to make the system redundant and devise a new system using HF/VHF, mobile, radio, television, etc.”

Sirens will also form part of Fiji’s new EWS. Bapon says it remains a robust system, effective for rapid alerts. But it requires regular testing and protocol to ensure its function when need to activate. 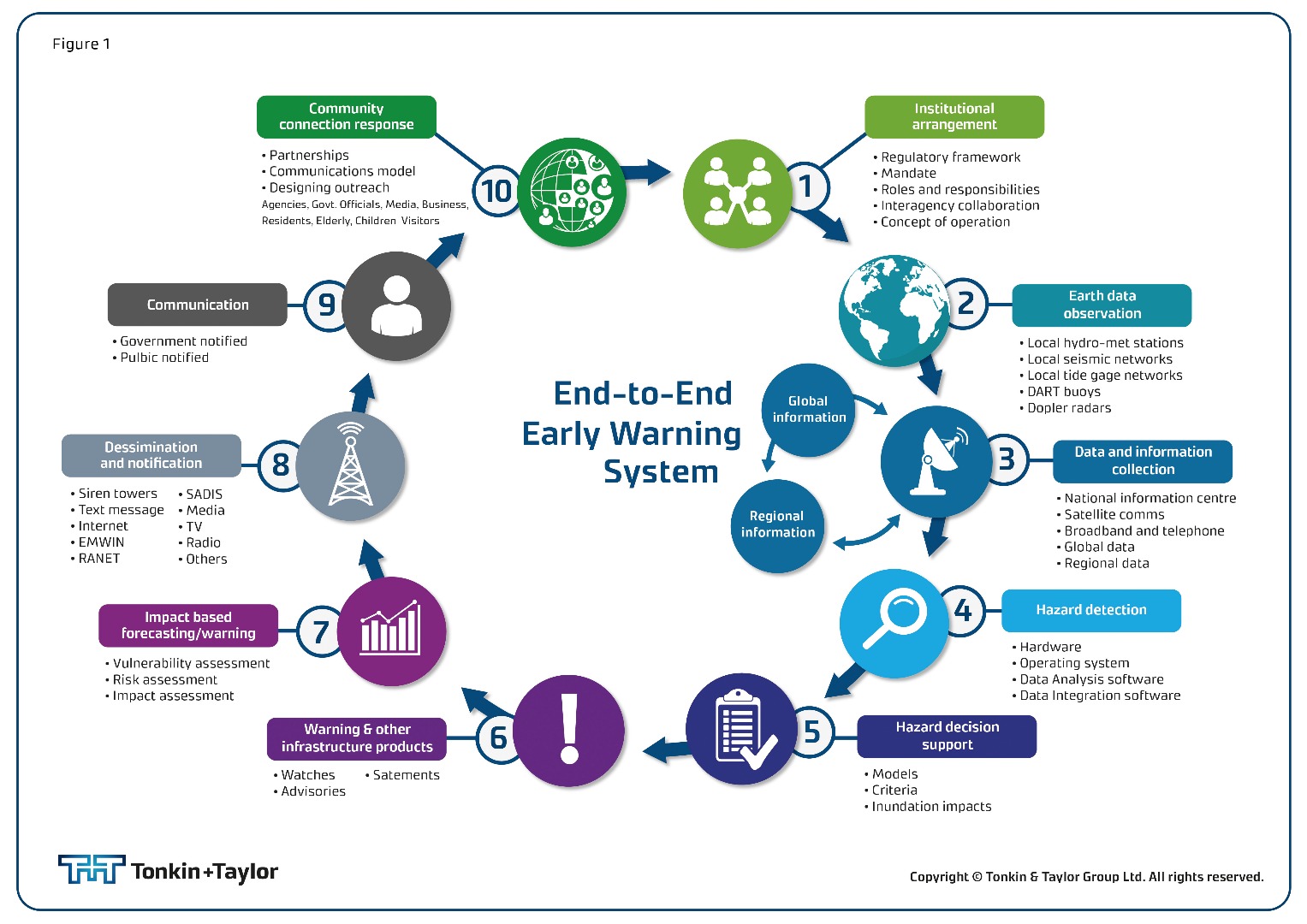