Auckland’s $NZ1.4billion Waterview Connection was the largest and most ambitious motorway project ever undertaken in New Zealand.

Thousands of people have already walked, run and cycled their way through the city’s new five kilometre stretch of multi-lane motorway and 2.5 kilometres of tunnels. Now the traffic is flowing, it’s time for the Tonkin + Taylor team to reflect on an exciting, challenging and hugely rewarding project that has been more than 10 years in the making.

The opening of the Waterview Connection was a career-defining moment for Peter Millar. Peter’s 10-year journey began as Project Director for the specimen design stage. He was also an expert witness during the consenting process and undertook the role of geotechnical lead for the bid phase before being appointed a Well Connected Alliance board member for the build phase.

While honoured to have been part of the Alliance and all that has been achieved in terms of new roading infrastructure, Peter takes particular pleasure in the other benefits Waterview has brought. The community is now free to roam new shared pathways and cycleways, skate parks and playgrounds, while enjoying the restored organic meanderings and native plantings of Oakley Creek.

“This partnership with the community has greatly restored the trust and confidence that major works can be undertaken with limited disruption and achieve long-term benefits,” he says.

In total the Alliance generated savings of $NZD36M through value engineering and innovations, to which T+T was a significant contributor.

Richard Hancy, T+T’s Executive Leader of Engineering and Strategy, described Waterview as a legacy project that everyone can take pride in and will benefit New Zealand for generations to come.

“It’s great to be able to build projects that will not only help people today, but help my kids, help other people’s kids and their kids too,” Richard explains.

“This project has been planned in the context of the longer term and the bigger picture, thinking about not just how much traffic is going to use it today, but how much in the future and our ability to use this facility in different ways in the future. The legacy is really important for this type of project.” 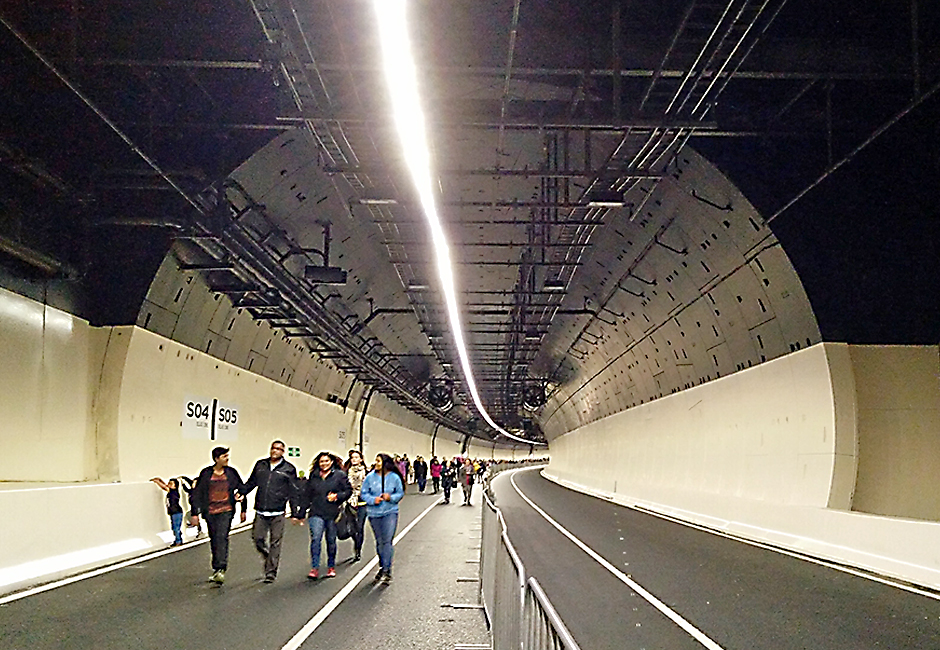 Waterview has also endowed Tonkin + Taylor with a legacy of personal and professional growth and excellence that will benefit our clients in the years to come.

“Tonkin + Taylor have worked integrally with our design and construction partners, together with our client NZTA, to construct New Zealand’s largest ever infrastructure project,” Peter says.

“This provided our staff with the opportunity to work on a highly complex project where our specialist design and consulting skills have greatly contributed to the success of the project.

“Everyone who has worked on the Waterview Connection will have fond memories of their valuable contribution to the successful and safe completion of this extraordinary project.”

One of those people is Design Director, Mark Foster, who also sees Waterview’s opening as a defining moment in his career.

“It has been really challenging, and rewarding,” Mark says. “The scale and complexity of the project has pushed me, and I believe the industry as a whole, to new levels of expertise.  Everyone involved has had to perform at the highest level and push themselves to achieve such an amazing feat of engineering.

“As well as the professional growth I have experienced, I have also made some fantastic friends and know that those connections will remain forever – for what we have all achieved together.”

The project was a huge part of Engineering Geologist Stuart Cartwright’s life for six years: “It provided a fantastic opportunity to be part of the entire life cycle of the project, from tender through to construction.

“Doing things like climbing around the TBM cutterhead to log the geology at the face was cool, but it will be the talented group of people that I had the privilege of working with, and learning from, that I will remember most.

“At a time when some similar sized tunnels around the world were hitting headlines for the wrong reasons, being able to pull off a mega-tunnel project in little old New Zealand, without a significant incident, is an incredibly satisfying outcome and hopefully provides confidence to the industry for Auckland’s future.  I am proud to say I played a part in it.”

Project Manager Peter Norfolk says working on Waterview will be a hard experience to beat.

“The Waterview project has definitely a career highlight for me for a number of reasons.  Firstly working as part of a great team in a collaborative environment really made the experience enjoyable and, although it definitely had its challenges, having such a good team that worked together meant we were ultimately able to overcome all of the challenges we faced.

“I got to meet a lot of exceptionally talented people and form a number of relationships that have carried on beyond the project.

“The scale of the project, its high profile and the positive impact it will have on both the local and wider Auckland communities made the effort very worthwhile.  We have provided way more than just a motorway, we’ve also provided some awesome public spaces…I got to experience some of the resulting positive feedback from the community first hand while participating at the recent open days and it was very satisfying to hear that.”

So many T+T staff who worked on Waterview experienced a huge opportunity for personal and professional growth. Thank you Auckland, thank you NZTA and thank you to the Well Connected Alliance partners. It has been awesome and we’re thrilled to have been along for the ride. 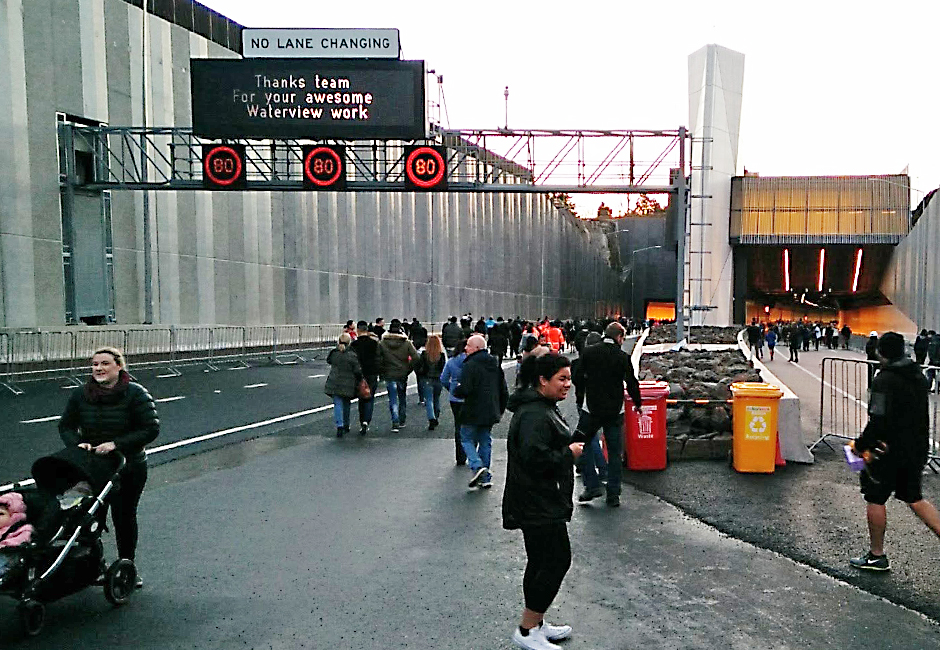