The design and construction of Taumanu Reserve and the community input that helped inform it have been recognised at the highest level by engineering’s premier awards.

Taumanu Reserve won Gold at the 2017 ACENZ Innovate NZ Awards of Excellence and Jim Jackson, on behalf of the Onehunga Enhancement Society, was presented with the prestigious Community Award for their ‘outstanding community input’.

Located on Onehunga’s foreshore in Auckland, the creation of Taumanu Reserve was delivering on a promise to return beach access to the community after it was severed by the construction of State Highway 20 in the 1970s.

The largest urban reclamation in New Zealand was done in close consultation with the people of Onehunga and many other stakeholders. It was funded by Auckland Council and the New Zealand Transport Agency.

“We’re delighted. There were so many people invested in this who all worked above and beyond the call of duty to make it truly unique. As an engineer, it’s been a privilege to work with so many specialists in and outside of the engineering realm. Taumanu is testimony to the power of well-executed collaboration,” says Project Design Manager, Mark Foster.

Foster explains that from the outset, his team decided to use a nature-based framework to guide the Taumanu Reserve’s design, and that this required the team to understand, coordinate and layer the input of many technical and subject matter experts.

“We wanted to complement the existing environment as much as possible and that meant incorporating perspectives and insights very different to our own. We consulted with mana whenua, Council parks staff, park user groups, landscape architects, coastal engineers, biologists, ornithologists and constructors. 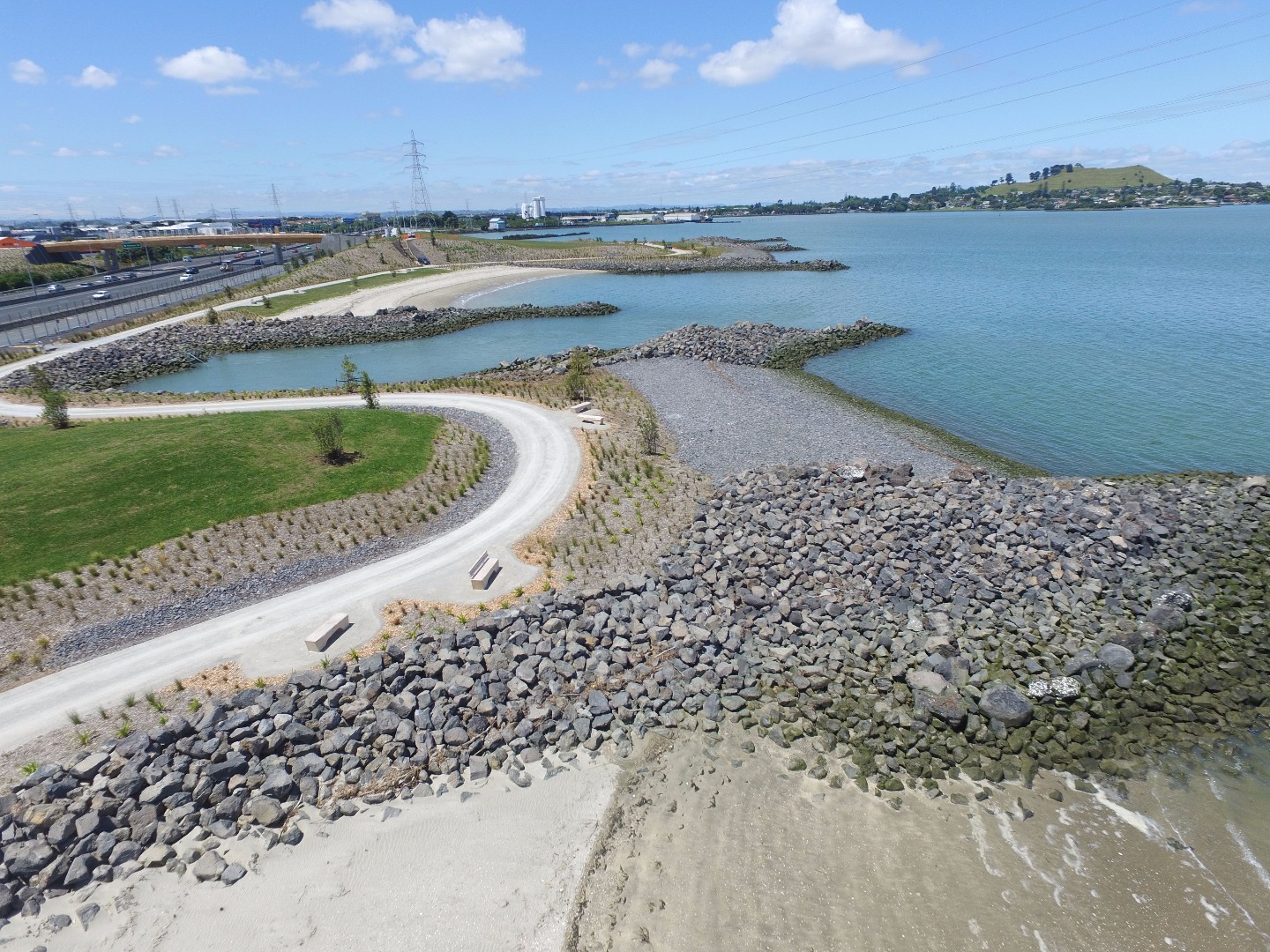 Taumanu opened in November 2015 to widespread praise from the local community and professional bodies alike.

Jim Jackson, Chairman of the Onehunga Enhancement Society, explains, “The comments I get each day are amazing. I have seen a couple get their wedding photos taken on the foreshore. People tell me what has been delivered absolutely exceeds their expectations. To see 200 people swimming, sailing and canoeing on the water further reinforces that.”

Local resident, Jonathan Milne, is another fan of the reserve. "Our Sunday afternoons often mean taking our three small boys for a bike ride, and our dog Rusty for a run around Onehunga Bay and Taumanu Reserve. We're often side-tracked by building sandcastles on the beach. What’s fun is meeting and chatting with friends, neighbours and strangers – everyone is relaxed and friendly. Even the young guys with their pimped-out bikes and sound systems are an entertaining part of the community. My five year old wanted to join the Noizy Boyz gang and fit out his balance bike with speakers…" says Jonathan. 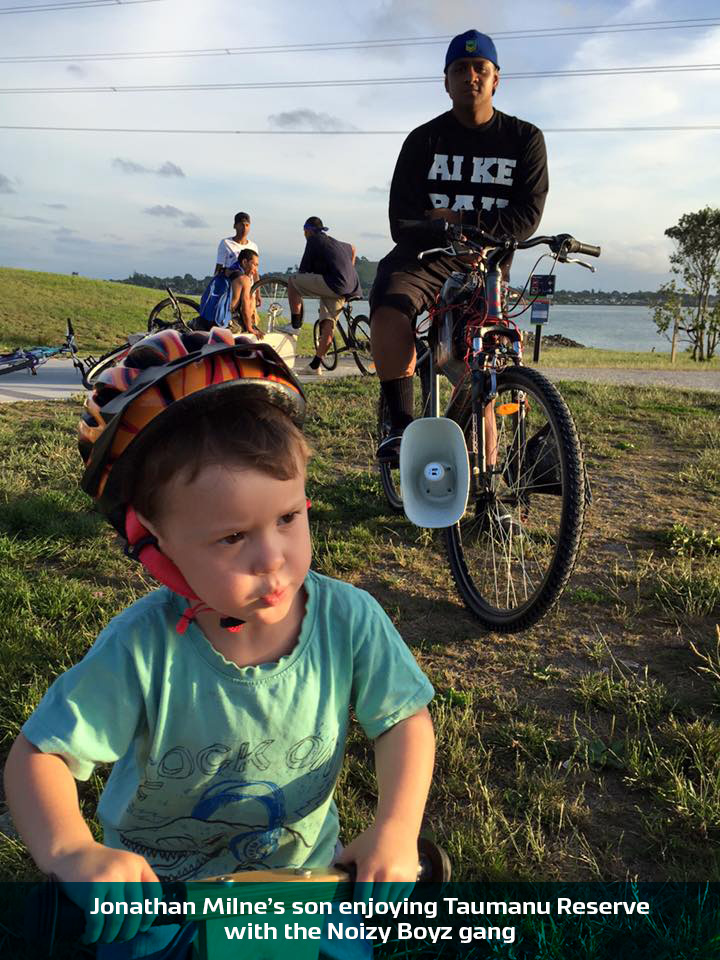 The increased biodiversity, and the volume and type of birds flocking to the site is also a positive reflection of the coastal collaboration. For example, in areas designed specifically for ecological purposes rather than recreational it’s apparent that biodiversity has increased. The number of birds spotted bathing and feeding on-site has significantly increased since the beaches, and new roosting and feeding habitats were constructed. Many native birds, including the NZ Dotterel, are regularly present on the limited access beaches.

Taumanu Reserve also won the Arthur Mead award for the environment and sustainability in 2016.