Barking mad to drive your car to work?

“There are two things I love in life. Marrow bones. And my car".

If you think this news article is actually an interview with a dog, you’re right.

Poppy has lived in Auckland for four years. In that time, she’s transformed her tiny start-up into a multimillion-dollar rubber ball business that employs over 800 people. Poppy has worked long hours to get to the top and she’s felt dependent on her car to get to and from the office.

We challenged Poppy to give up her car and catch the bus for one week. Here’s what she said after she completed the challenge…

“There are two things I love in life. Marrow bones. And my car. But motoring burns through my hard earned cash, so I was intrigued to give the bus a go.

I had my reservations at first. The thought of trotting about in the cold to catch a bus, set my tail on edge. I’m more of a crossword-in-bed kind of dog. Smashing out ten crosswords a week keeps my mind sharp as a tack. And in my business, you gotta be sharp. Because it’s dog-eat-dog out there. 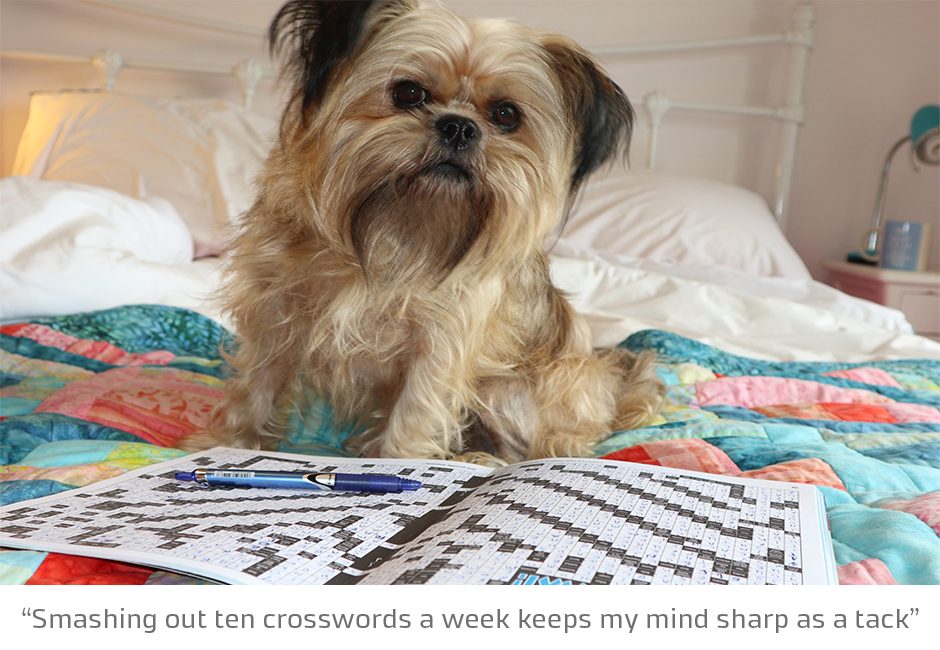 Ditching my car meant fiddling with my morning routine, which I struggled with at first. Normally, I’m wolfing down a strict Paleo breakfast of pure meat at 6am and I’m at my lap top by 6.05am.

I bet I can answer 100 emails in the time it takes you to eat your Weet-Bix. 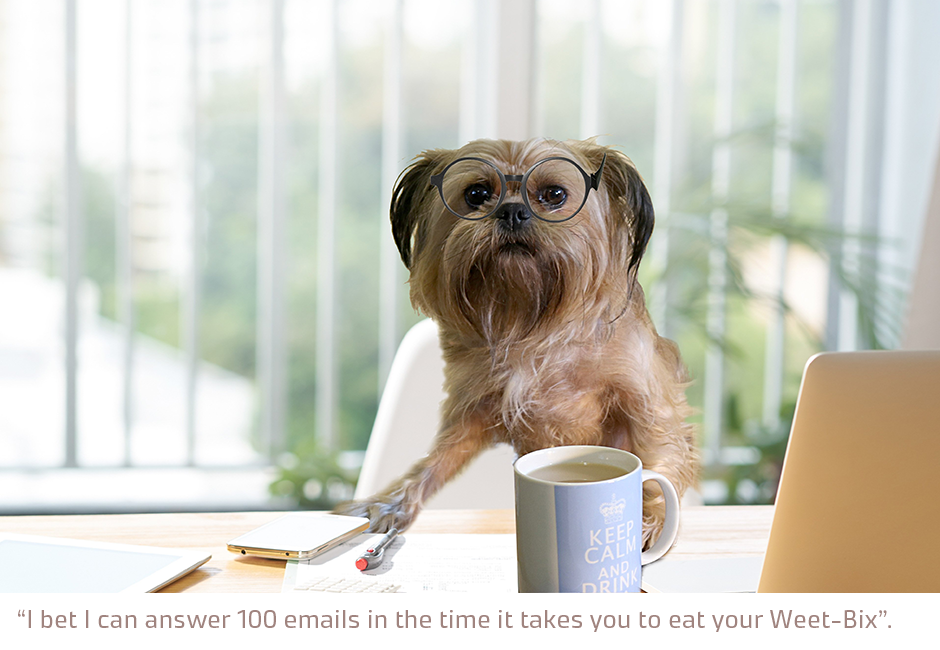 But under the new regime, I had to skip the work emails and head straight to the bus stop…

And the vibe there was weird. 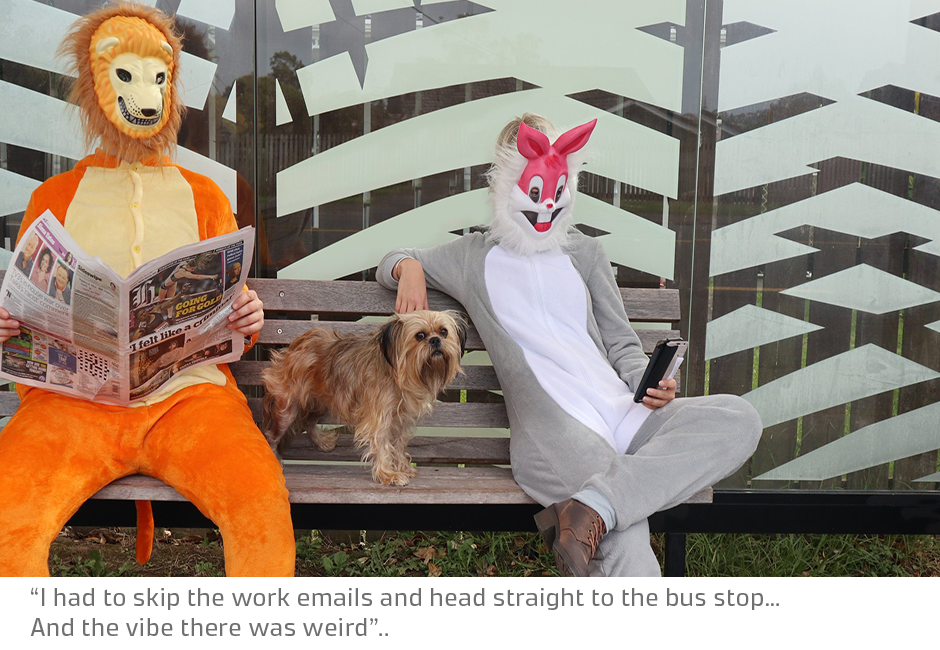 Chit-chat or no chit-chat? It’s a serious bone of contention amongst bus stop goers. But I kept my eyes on the road. Saying nothing, sniffing no one. I’m like that in the office as well, I’m too busy and determined for small-talk. Those rubber balls don’t sell themselves.

I thought there’d be lots of waiting around and I worried the boredom might compel me to chew through my own boots. But peak time buses actually came quite regularly. When I found out I wouldn’t wait more than 10 minutes for a bus, I partied like it was 2014. That was the year I first frolicked in long grass. 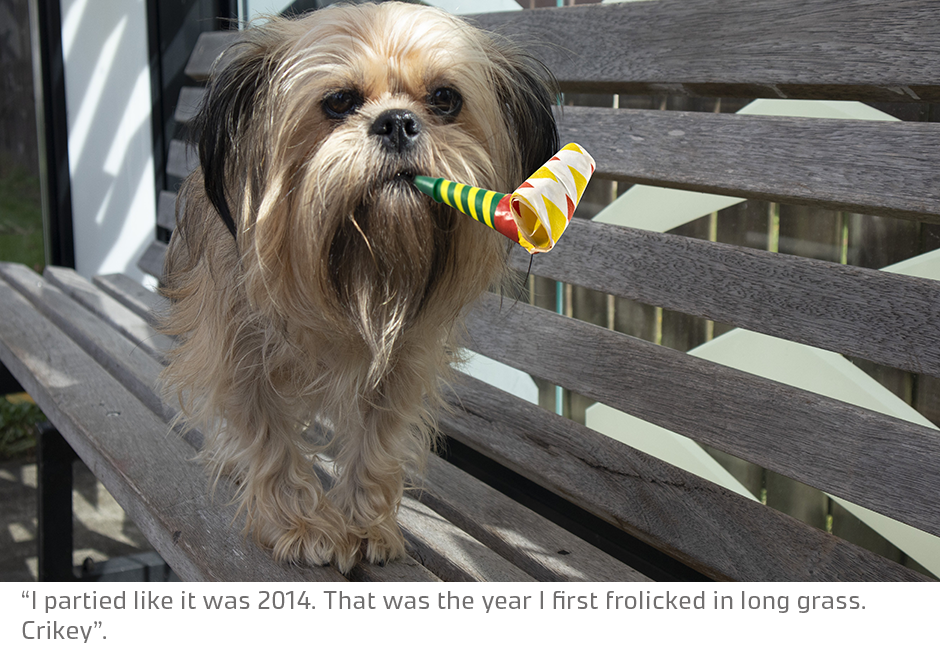 I used the bus journey to work through my whopper of an inbox. It’s mostly cat-spam and phishing scams. I fell for it back in 2015 when I was still pretty new to the game. I gave my bank details to an Exotic Shorthair. That damn cat swindled me out of more than I’d care to publicly admit.

I had a really woof time of it. But like my rubber balls, I bounced back. 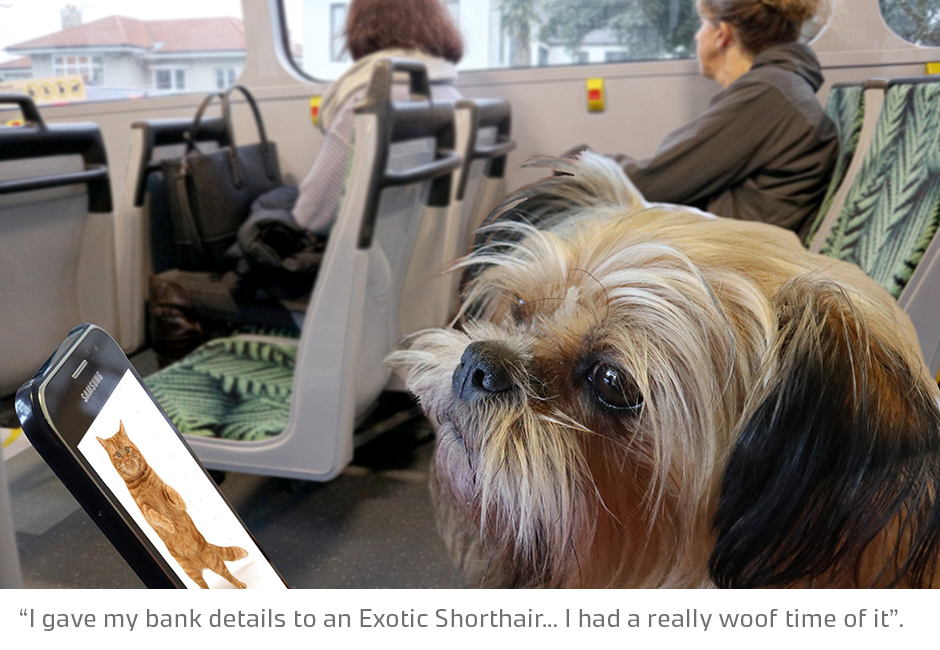 Catching the bus also meant – occasionally - enduring the wind and rain. And that wasn’t ideal. I’ve been playing hard to get with Buck, a total babe of a Great Dane at my office. On rainy days I’d keep me and my damp fur locked in my corner office, concealed under a desk.

But we both knew he could smell my scent; a mix of nervous excitement and wet dog. Colleagues assured me the smell wasn’t noticeable. But I knew they were lying. I can smell their fear. 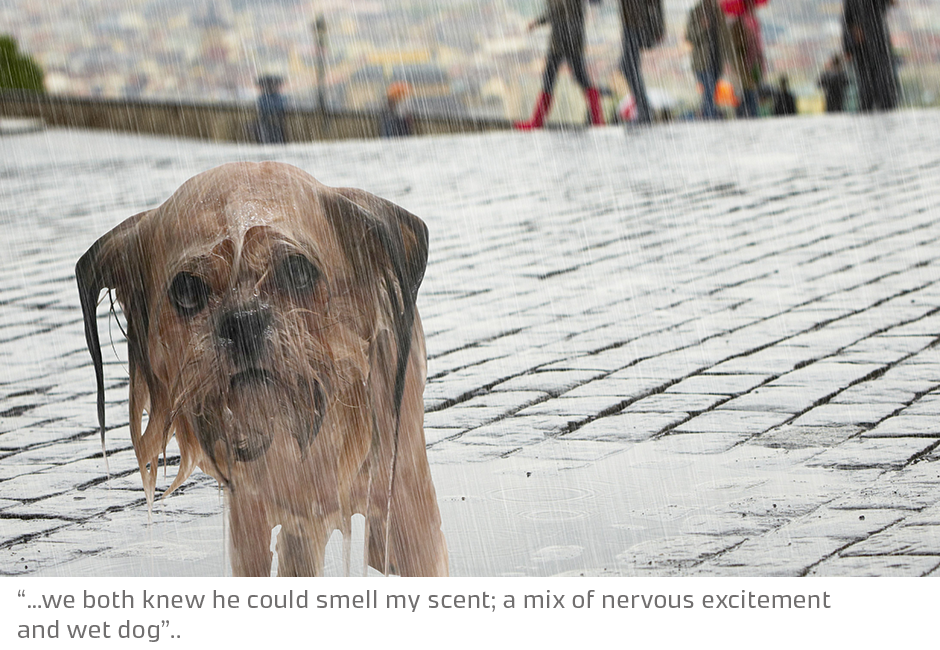 My favourite thing about using public transport was receiving more frequent belly rubs from my Master. Usually I have to manipulate her into it by faking sad eyes. But she’s so pleased that I’m helping the environment, I get a daily massage.

She said that putting 60 dogs on 1 bus, instead of into 50 cars, reduces congestion. I don’t know what congestion means. But judging from the all the treats and blissful scratching, I’m a good dog, a very good dog. 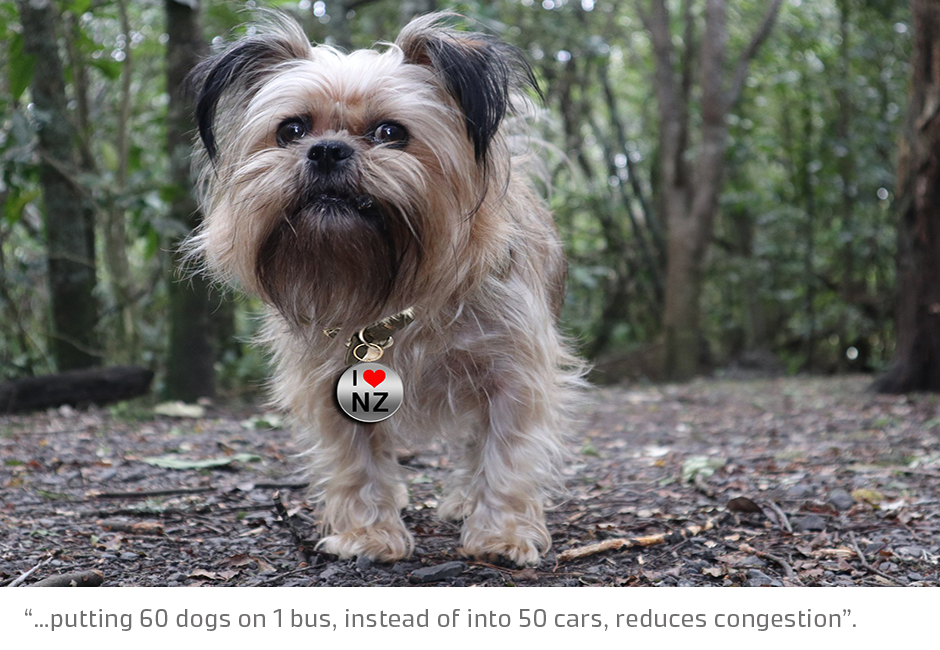 All in all, catching the bus wasn’t too bad. So I’m going to buy a raincoat – they’re on sale everywhere at the moment - and do it more.

On the back of the recent petrol price hike - you’d have to be barking mad not to use the bus!” 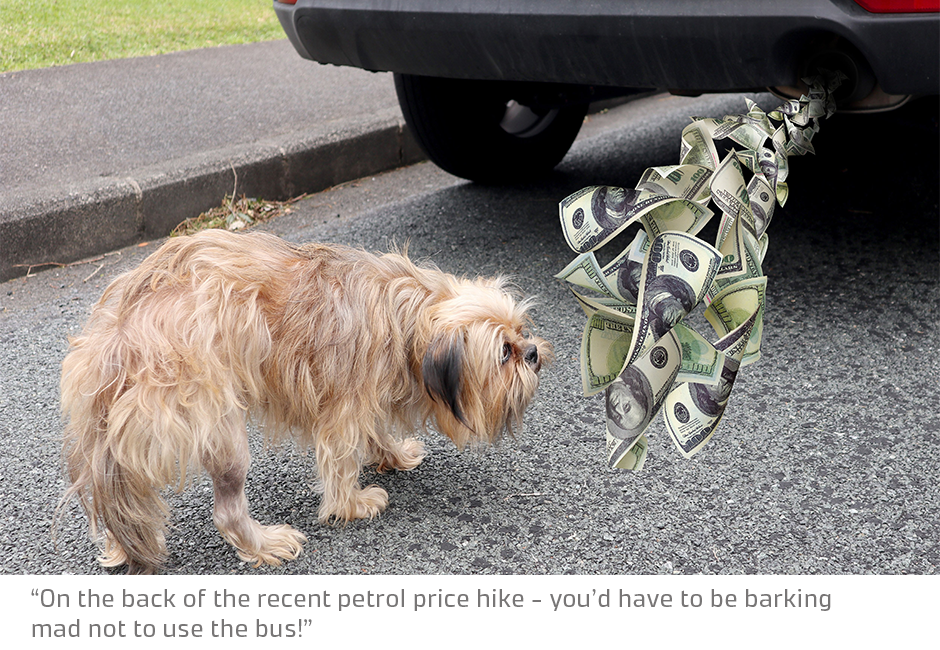 Poppy was pleasantly surprised by the convenience of the bus service. She used the journey time to get through her emails, saved some of her ‘hard earned cash’ and was stoked to make a small but positive contribution to the environment.

We met with Poppy again one month after our interview. She’s still catching the bus to work and she’s been on a first date with Buck the Great Dane. Its early days for the two of them and they’re working through their size difference. But they have shared interests in hiding bones, playing fetch and riding the bus together.