Breeding success in the heart of a construction zone

When Fletcher Living’s Health & Safety Manager, Kerry Page, spotted a few small birds present on their new development site at Hobsonville Point during a pre-construction walk, she set in flight a process that helped to save one percent of New Zealand’s endangered North Island Dotterel population. Even more amazingly, the dotterels have so far raised 5 adorable chicks from a cordoned off area of the site. 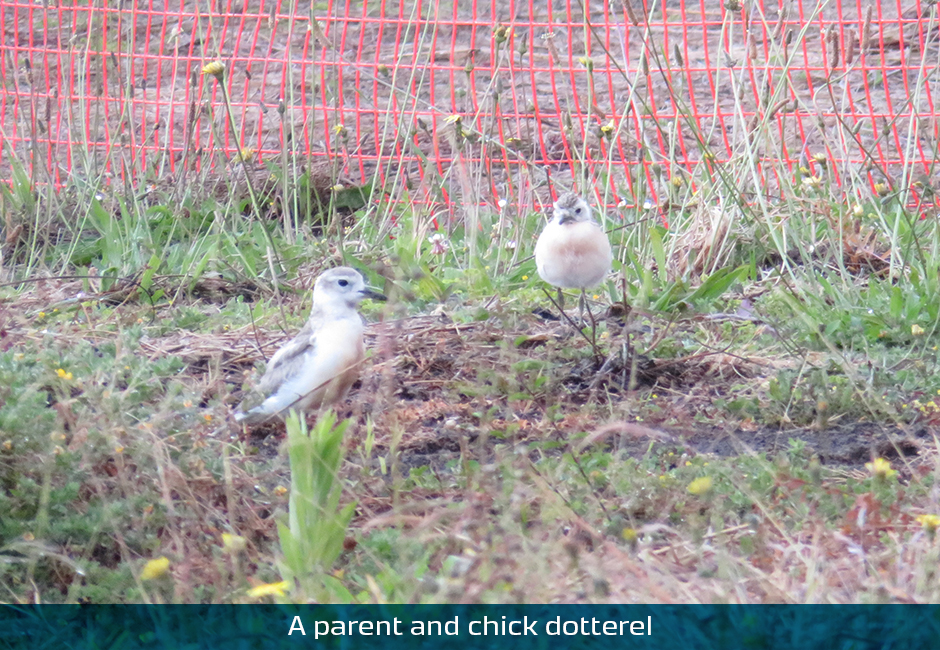 Kerry reported her find to Fletcher Living’s Project Manager, Ross Kendrick, who identified the birds as dotterels. With a strong focus on safeguarding the birds and not wanting to take any chances with a protected national taonga, Fletcher Living called in Tonkin + Taylor ecologists Susan Jackson and Dr Matt Baber, who confirmed that the five pairs of birds were indeed dotterels that had recently taken up residence on site.

To ensure a best-in-class process was put in place to enable safe working around the nesting dotterels, Fletcher Living, with the support of Susan and Matt, turned to the New Zealand Transport Agency (NZTA) Guidelines for Managing Endangered Dotterels.

By nature, these birds are coastal dwellers, however they have increasingly been forced inland as their traditional habitats - and population - have dwindled. Sadly, there are now just 2,000 birds left nationally. The Fletcher Living site ticked all the boxes for dotterels planning to raise a family. It was a quiet, open space with sparse, low-growing vegetation and uncluttered sight lines, making it easy to see any incoming predators - especially black-backed gulls.

Given the presence of chicks, some of the birds were still displaying the defensive behaviour typical of dotterels either nesting or getting ready to nest. However, the dotterels weren’t the only ones needing a place to call home. Fletcher Living’s customers were also queuing up for the 230 much-needed new homes.

Susan and Matt, working alongside the Fletcher Living team and in close consultation with the Department of Conservation, created a plan to safeguard the birds while enabling work to continue on adjacent areas of the site.

“We did comprehensive grid searches to find and protect all the nests,” Susan explained. “Then exclusion zones were established around the nests, complete with fencing and signage that made it easy for workers to identify and avoid the dotterels.”

The process put in place wasn’t just about protecting the birds and keeping them safe from the construction activity - it was also about educating the construction teams on how to help keep the birds safe. Dotterels won’t sit on their nests if they feel threatened.

In addition to the safety measures on the site, deterrent measures were also put in place to encourage the dotterels (which can nest twice a season) to take up residence in a safer, more remote area of the site, should they choose to nest again. Silt fencing and earth bunds were used to interrupt their lines of sight, directing them away to a more open area away from the construction activity.

Currently Susan, Matt and the Fletcher Living team are monitoring the site and hope to see the population of dotterels increase further at their new location over the next few months.  The proactive approach from Fletcher Living, working closely with Tonkin + Taylor, has ensured a good outcome for the dotterels including the successful hatching of a further 5 chicks.

A further head-count after Christmas revealed that there are now 15 pairs of dotterels on site.