The independent state of Nauru is located in the Central Pacific, approximately 42 kilometres south of the Equator. Surrounded by a raised coral reef with no natural deep water harbours, it has two existing small harbours located on opposite sides of the island where only small barges and recreational fishing vessels can be loaded.

According to the ADB Asian Development Outlook 2016 Update: “The growth outlook for Nauru depends on the phosphate industry and activities supporting the Regional Processing Centre. Phosphate exports rose to 160,000 tons in Fiscal Year 2016 (ended 30 June 2016), up by 56.8 percent year on year, but remain deeply depressed because of damage to the moorings at Nauru’s seaport, its primary gateway for international cargo. Growth…with the completion of port repairs, is projected to be much higher in FY2017”.

The limitations imposed by the existing Aiwo port and Anibare Harbour Current create long delays in unloading container ships, which is costly for the Nauru Government. In addition, the current port facilities are in a state of neglect and pose significant health and safety risks for port staff. 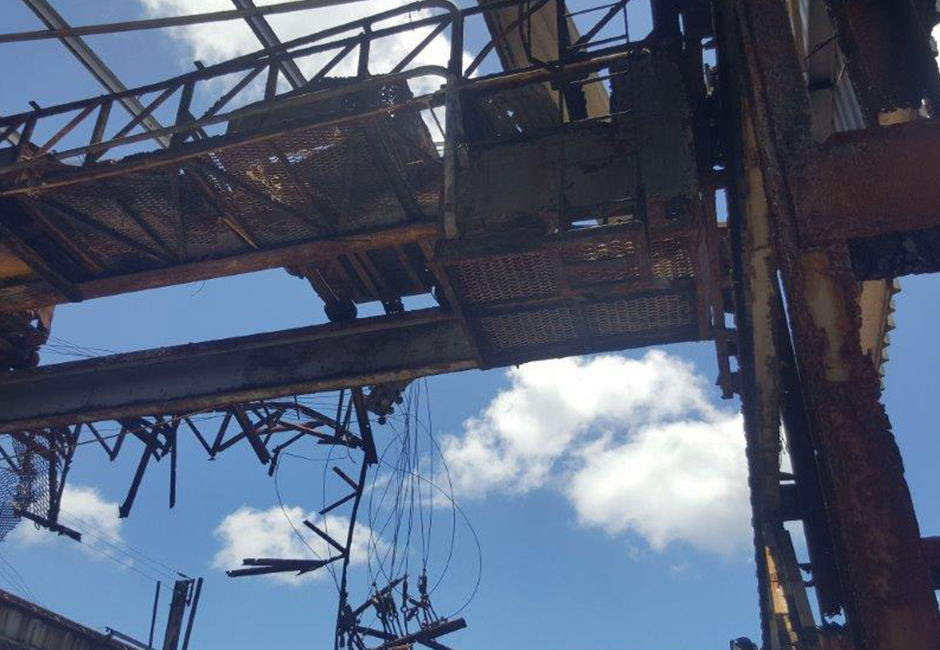 A new wharf facility is proposed, which would cater for large container vessels. In addition, a full redevelopment of land operations is planned for the current site operations.

Cardno has developed three options for the port upgrade and development at Aiwo Harbour.

Option One is a reef edge berth option including a 120m long, 30m wide wharf which will extend off the western edge of the reef.

A causeway will link the new wharf with the existing port compound to the east of the site. A proposed reef edge berth pocket (160m long, 50m wide) was initially proposed, however, this has been extended to 280m (80m either side of the wharf) to accommodate vessel navigation in high swell conditions.

Option Two proposes a berth pocket excavated from the reef, together with a 160m by 30m wharf and a 170m-long protective breakwater.

The Aiwo port was constructed in the early 1900s by the then British Phosphate Company and is located on the western part of the island. Today, it provides a berthing facility for small “mule” barges to unload container vessels, which drift in deep offshore waters during unloading.

Larger phosphate vessels and fuel tankers are loaded and unloaded using a near-shore deep-water mooring system and a series of cantilever loading structures, which are not part of the port facility. When large westerly swells are present the container vessels must use the smaller Anibare Harbour (investigated by T+TI in 1998) on the eastern side of the island.

Our scope of works for this project, in support of the Cardno options study, included:

Actual investigation locations were selected by T+TI on the basis of feasible access and UXO (unexploded ordinance) compliance considerations. 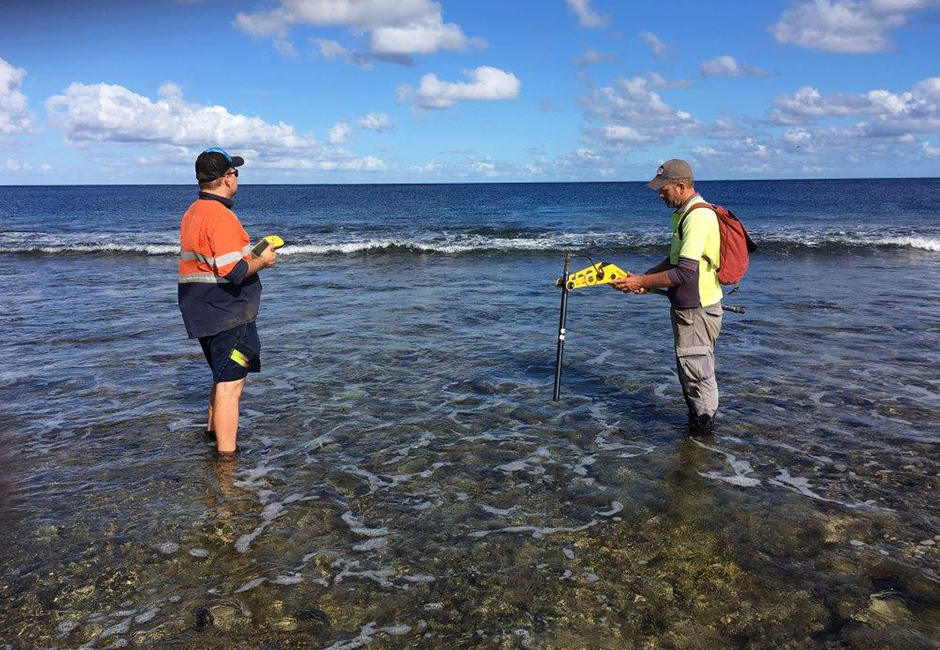 During the investigations T+TI commissioned a local diver, Mr Justin Akua, to take underwater photographs of the reef edge, so that we could assess the potential for wave undercut features on the 45° submerged slope at the fringe of the reef. The dive survey was completed to an approximate depth of 20m below sea level.

All hired equipment (tractors and cranes) was sourced from Nauru contractors and local people employed to repair an existing boat ramp.

T+TI is pleased to have been able to work with Cardno Emerging Markets (Australia) Pty Ltd and Asian Development Bank to help Nauru towards a more profitable and resilient future.